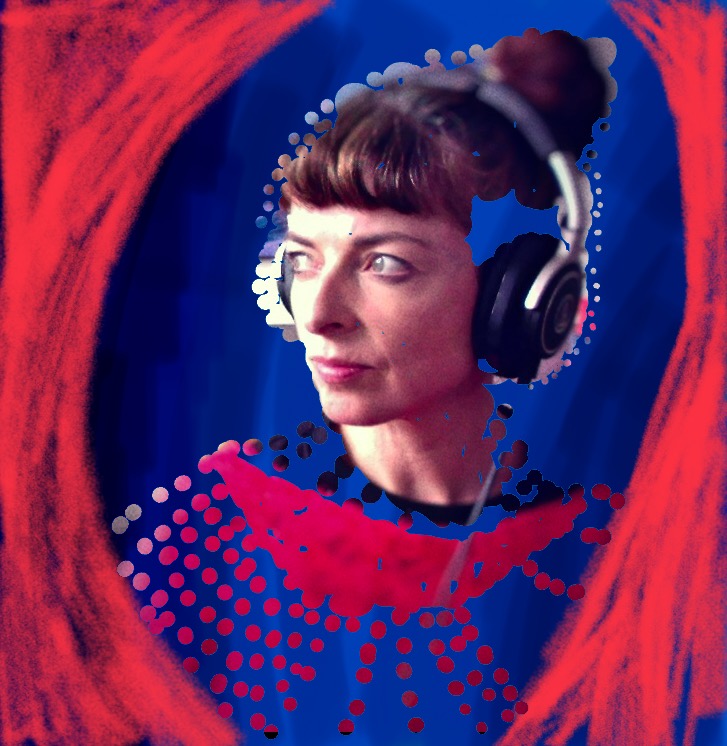 By Barbara Ellison, posted on 13 July 2021 in Associate Makers

Barbara Ellison on her CyberSongs

From 2021-24 we’re assembling a group of sixteen Associate Makers who’ll make and create works for the musicians of Stichting Ensemble Klang. The Associate Makers come from multiple disciplines and backgrounds and are an integral part of our organisation, giving shape to our output for the coming years. We asked each of our Associate Makers about their own favourite work. Here, Barbara Ellison talks about CyberSongs.

I have composed a wide spectrum of sonic pieces with materials from diverse sources and origins: from drawing on amplified objects, to using text-to-speech software applications, to the choruses of frogs and insects in rainforests, as well as instruments and voice. To me, they are all equally musical. Fundamental to my work is an aesthetic and emotional conception of sound in which sounds from the realm of the human (voice/instruments) and non-human world (sound environments), are experienced and equally valid as music.

A currently favoured manifestation of a particular body of work emerged out of compositional work from my Sonic Phantoms world and has now evolved into a series of vocal pieces (artificial and human) that I have called CyberSongs – a transhuman song cycle for human-like computer voices. Directly connected to these songs is CyberSongs and CyberPersonas, a transhuman song cycle for human-like computer voices and computer-like human voice: this new theatrical show will hopefully premiere in 2021 featuring my long-time collaborator and amazing performer Nathalie Smoor.

My fascination with the inventiveness and playfulness of vocal forms such as the Inuit katajjaq or that of the art of beatboxing, in its all-encompassing use of all kinds of interlocking sounds and noises, was a contributing factor which led me beyond the use of human voice to experimentation with computer ‘text-to-speech’ sampled voices as tools to explore different phenomena through the intensive and extensive use of repetition.

One of these is the phenomenon of semantisation, that is, giving meaning to arbitrary meaningless sounds after prolonged repetition. A closely related effect is that of musicalisation or the ‘speech-to-song’ effect: generating rhythmic structure and apparent melodic lines and harmonies of non-musical sound material. Interestingly, we can also generate the opposite psychological phenomenon, known as ‘semantic satiation,’ which implies a dissipation of meaning, as a consequence of the repetition of meaningful structured sound, particularly words. This is similar to the ‘mental fatiguing’ effect we are all familiar with of continually staring at a word or phrase until its familiar meaning evaporates; over time a listener will perceive a repetitive spoken word stimulus as a meaningless sound or series of sounds.

CyberSongs is a series of pieces that focuses squarely upon the usage and interpretation of patterns of speech for the generation of rhythm and meaning, as well as the antithetical breakdown of meaning, from the relentless repetition of morphemes, phonemes, words, sentences, and phrases. These pieces exploit this entire spectrum of linguistic and syntactical units as compositional elements: from micro-fractions of syllables to entire phrases, exploring the way in which the interplay between such speech patterns at different scales manipulates our attention and forces us to continually adapt our listening focus to accommodate fresh information.

These are playful pieces operating with rapid switching between different, occasionally competing, types of attentive listening. For example, at one level we might hear a recognisable word and on another level we might perceive phonemes, morphemes, or formants (i.e., the spectral characteristics of vocal sound); whilst on yet another level we might hear only acoustic features of a sound: its frequency, amplitude, duration, and so on. At each level, the sounds generate their different meanings (acoustic, semantic, informational), which are entirely dependent on the context or framework in which they unfold. 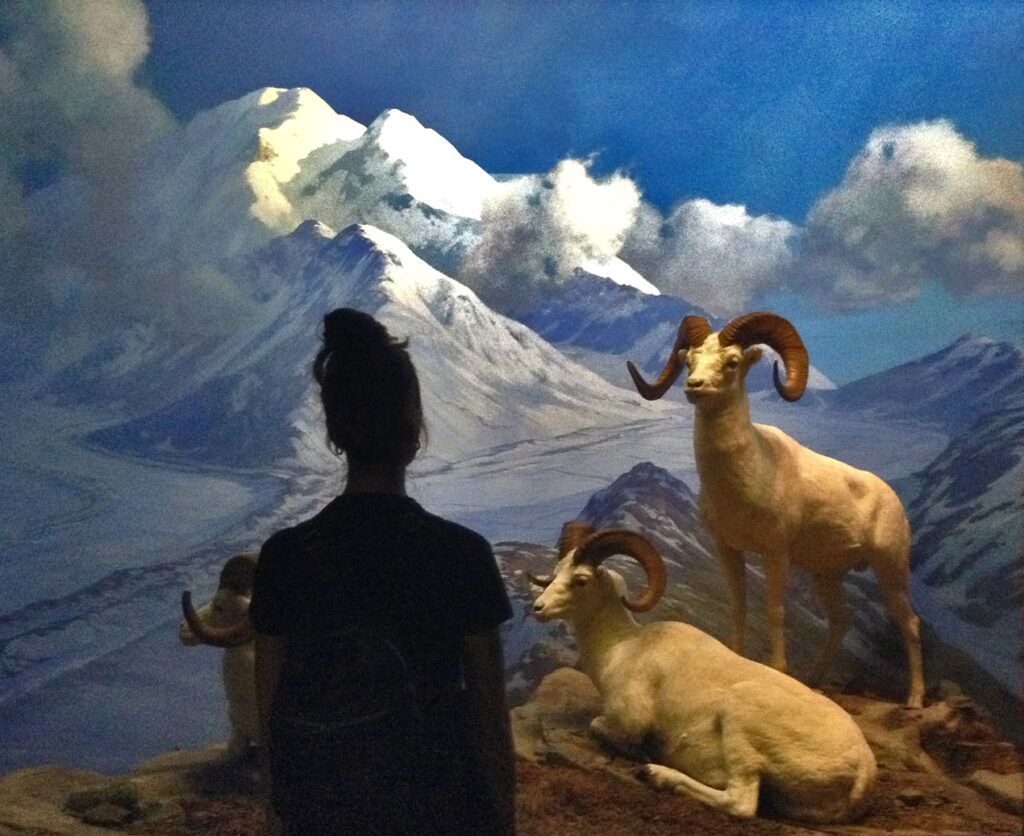 Besides how at a fundamental and musical level I enjoy the sound of these pieces and, to me, their entrancing nature, I also find it fascinating how such perceptual phenomena highlight and reveal our ‘predictive brain’ at work (I’m very interested in the research going on here), and of the push and pull between top-down and bottom-up forms of sensory processing.

I enjoy the striking mutability of meaning, in both semantic and musical terms, that unfolds when working with vocal phantoms produced with the use of ‘text-to-speech’ computer technology combined with the ‘speech-to-song’ phenomenon. The ‘speech-to-song’ phenomenon mentioned, is a fascinating phenomenon that virtually any fragment of spoken speech, when looped and repeated, inevitably acquires a ‘musical’ character; words transforming into song, so to speak. As anybody with experience working with looped audio samples knows, this process of ‘musicalisation’ is not exclusive to recorded speech. It is, however, particularly marked, apparent, widespread, and even probably consubstantial, with this type of material. Any particular sequence of speech sounds can appear to be heard as either speech or music (in that sense of being ‘musicalised’), depending on the amount of repetition of the word or phrase considered. If the spoken text is played once, it is naturally heard as spoken text, but after being repeated a number of times it will be heard as music, complete with its own melody and rhythm. Since we are used to hearing repetition in music but not in everyday speech, the speech-to-song phenomenon might in fact reveal that there somehow exists a latent or background musical way of listening. We thus shift from hearing the words as words to hearing them as if they have marvelously and playfully transformed into melody and rhythm. Once this musicalisation transformation takes place, the perceptive focus switches to the musical-sounding nature of the material.

In the CyberSongs series of compositions I have extensively and obsessively played with—among other things—this process of musicalisation, through the use of standard text-to-speech computer utilities. In this obsessively phantasmatic transhuman song cycle, words, morphemes, phonemes, phrases and speech particles acquire constantly-shifting new aural meanings. Unlimited by the speed of articulation these ‘beyond human’ voices, in a range of different languages, feature and embrace glitches and artifacts that are a result of a process of pushing the limits of the technology. These voices are finally set within an electronic sound environment, with references to real-world instruments, that can be described as having an off-kilter jazz or pop aesthetic.

Name: Barbara Ellison (Ireland, 1973)
Influences: I find this tricky to disentangle stuff I love and gravitate towards from stuff which is an influence, in terms of being discernible in the work.

But, here’s a list in alphabetical order of worlds human and non-human which have certainly impressed me and maybe had an influence on me directly or indirectly.

Coming projects: Barbara is working a new open series of modular works for the performers of Ensemble Klang that will premiere in 2022.