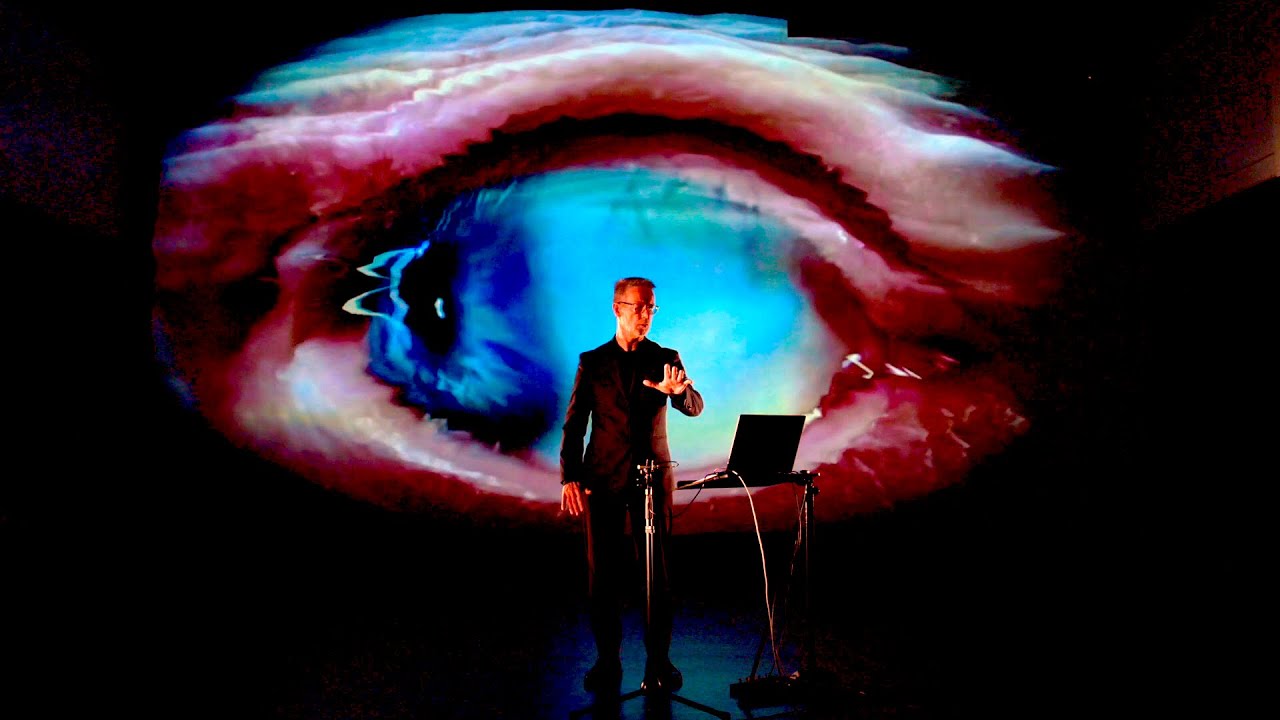 By Jan-Bas Bollen, posted on 29 June 2021 in Associate Makers

From 2021-24 we’re assembling a group of sixteen Associate Makers who’ll make and create works for the musicians of Stichting Ensemble Klang. The Associate Makers come from multiple disciplines and backgrounds and are an integral part of our organisation, giving shape to our output for the coming years. We asked each of our Associate Makers about their own favourite work. Here, Jan-Bas Bollen talks about ViiR.

From the start of my activities as a composer, my output has always moved between diverse genres. With ViiR (2020) several strands of my artistic practice came together: sound design, visuals, instrument and interface design, composition, creative software programming and performance. In terms of composition there isn’t any traditional score but rather computer code in which, for each piece, I defined certain limited conditions. ViiR is the first part of a triptych, and created for the HyperTheremin: a new performance instrument developed during the Corona lockdowns. The instrument is a touch-free, magical tool, a worthy accomplice to the original theremin from the 1920s. It enables me to create sonic and visual poetry through manual control of invisible drivers that only become apparent through a precise choreography of my hands in space. I developed this concept in order to have extensive control over my material on stage in an artistically fulfilling act. At the same time, the instrument is a dream come true, a utopia realised. For the first time, it is possible for me to change numerous sound and image elements simultaneously and independently – in real time.

Usually, I tend go for a full, fat sound with a strong low end. What ViiR distinguishes from my earlier work is the rather minimal way in which the material is presented – and the wide sense of space, that gives the work an almost ritualistic character.

The video of ViiR was made in Dokzaal in Amsterdam by my colleague Eric de Clercq. There were no cuts, so the footage just needed editing in terms of a leader and the appropriate credits. Due to Corona restrictions I have not been able to do many live performances with the HyperTheremin, but since the reception of the footage has been so positive I hope to perform with it in the near future, also with new pieces and in collaboration with other musicians.

The introduction videos and concerts of my HyperTheremin were met with enthusiasm but also confusion. Some people asked why I was mimicking a pre-recorded background tape. It wasn’t until I invited them to come on stage and move their hands in mid-air above my instrument that they understood it was real.