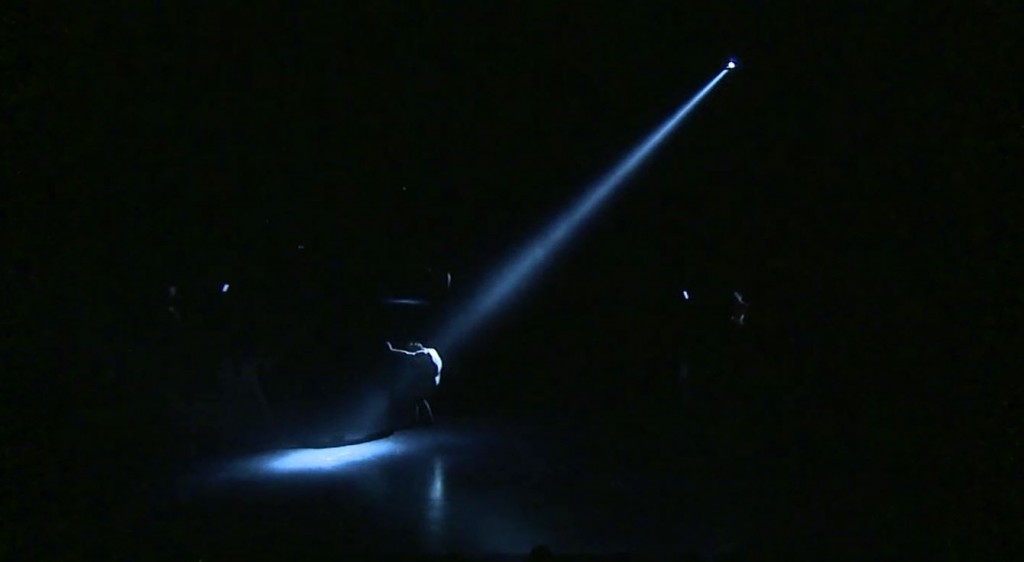 Associate Maker Pavla Beranová talks us through her favourite work, Paradise Lost made with Samir Calixto

By Pavla Beranova, posted on 29 June 2021 in Associate Makers

From 2021-24 we’re assembling a group of sixteen Associate Makers who’ll make and create works for the musicians of Stichting Ensemble Klang. The Associate Makers come from multiple disciplines and backgrounds and are an integral part of our organisation, giving shape to our output for the coming years. We asked each of our Associate Makers about their own favourite work. Here, lighting artist Pavla Beranová talks about Paradise Lost.

My favourite projects are those where I feel a shared vision with the other creators from the very beginning. When the image we want to work towards seems crystal clear and all we have to do is to materialize it. This is exactly what happened when we entered the Energiehuis turbine hall in Dordrecht one spring day in 2015 with choreographer Samir Calixto. The back wall of the space was made up of large windows overlooking a remarkable red brick tower surrounded by greenery. But I saw in them a future huge black mirror and a lone figure looking out at the silent audience from a depth multiplied by the reflection. The figure of the devil from Milton’s Paradise Lost, which Samir and I had just started working on at that moment.

Paradise Lost represented a major milestone for me. Samir approached me at a time when I was working quite happily in a lighting design studio in Belgium, but secretly waiting for an impulse that would divert me from that trajectory and steer me back to theatre and art projects. This came in the form of a performance where light was to be not only the setting, but also the narrator, and practically another character. It was clear that it would require all my attention. So I took a deep breath and stepped out into the uncertain but exciting existence of being a freelancer. As it later turned out, it wasn’t so much a step into the dark as a trip down the rabbit-hole into “Wonderland”. 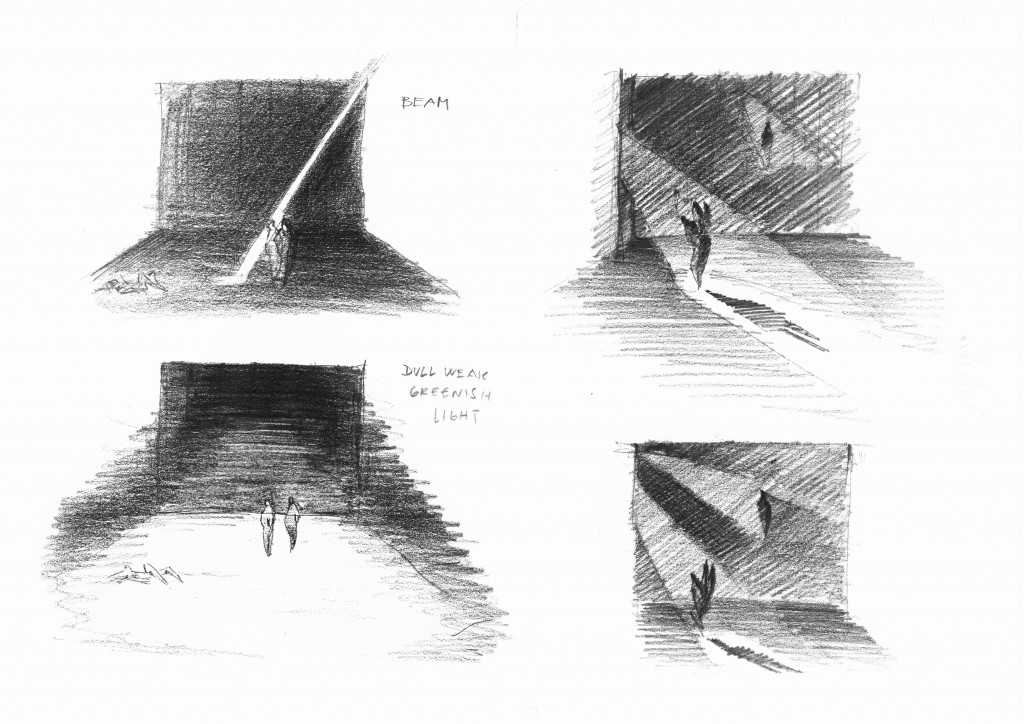 I still present my collaboration with Samir as the ideal of the creative process. After meeting in Dordrecht, we sent each other visual references, texts and sketches. We tried out different materials, Samir recorded rehearsals for me. The light was present from the beginning both physically in the rehearsal room and in Samir’s head, in the choreography itself. The story of the expulsion from paradise seemed to take place in our imagination on the edge of a bottomless abyss, where any incoming light has a specific direction, form and meaning. It visits the individual characters, reveals them, peels them out of the darkness to finally cast them into it again. Gradually we pieced the story together, image by image, time by time, light by light. The preview took place at the Energiehuis and the premiere at the Spui Theatre in The Hague a few months later. The images of deep darkness intersected by a single ray of light that I had drawn in my Brussels apartment suddenly materialized. The figure of the devil shone through from deep behind the mirror, the pulsating light we called Nietzsche light began to illuminate Adam and Eve’s journey into the uncertainty and finality of earthly life.

Before the official premiere, we presented a short excerpt from the show at my favourite museum in The Hague, the Gemeentemuseum (now Kunstmuseum), as part of the Vincent Artist Awards. I think it worked very well in that atypical space. Even this short and seemingly unimportant episode is one of the better working experiences of the last few years. I have the impression that there was an exhibition of Mark Rothko going on at the time, some of whose paintings hide in layers of black paint just the kind of depth we wanted to create on stage.

Paradise Lost was the first of a series of amazing collaborations with Samir Calixto, but also with the dancer Quentin Roger and with the technicians from Korzo, especially Erik van Houten, who at the time was instrumental in helping me to translate my ideas into reality. I’ve done many projects in Holland since then and I liked something different about each one. But Paradise Lost was the first. A dark but beautiful story with an open ending.