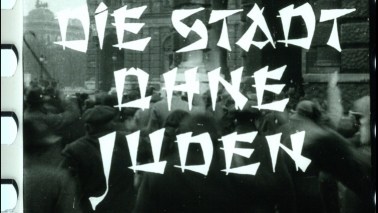 One of the most terrifying apparitions of the terror that would come, H.K. Breslauer’s 1924 silent film Die Stadt ohne Juden (The City without Jews), was a satire designed to tackle the growing anti-Semitism of the time. An example of Austrian Expressionist film-making it was based on the wildly popular book of the same name by Hugo Bettauer. “Foreshadowing the rise of fascism in Europe […] it remains of the most prophetic and provocative films of the 20th century.” (Pamela Hutchinson, Barbican)

The film was by chance recently rediscovered and restored. A brand new score from 2017 by Olga Neuwirth is brought to life by Ensemble Klang with an extended line-up of nine instruments, plus electronics and conductor Christian Karlsen.