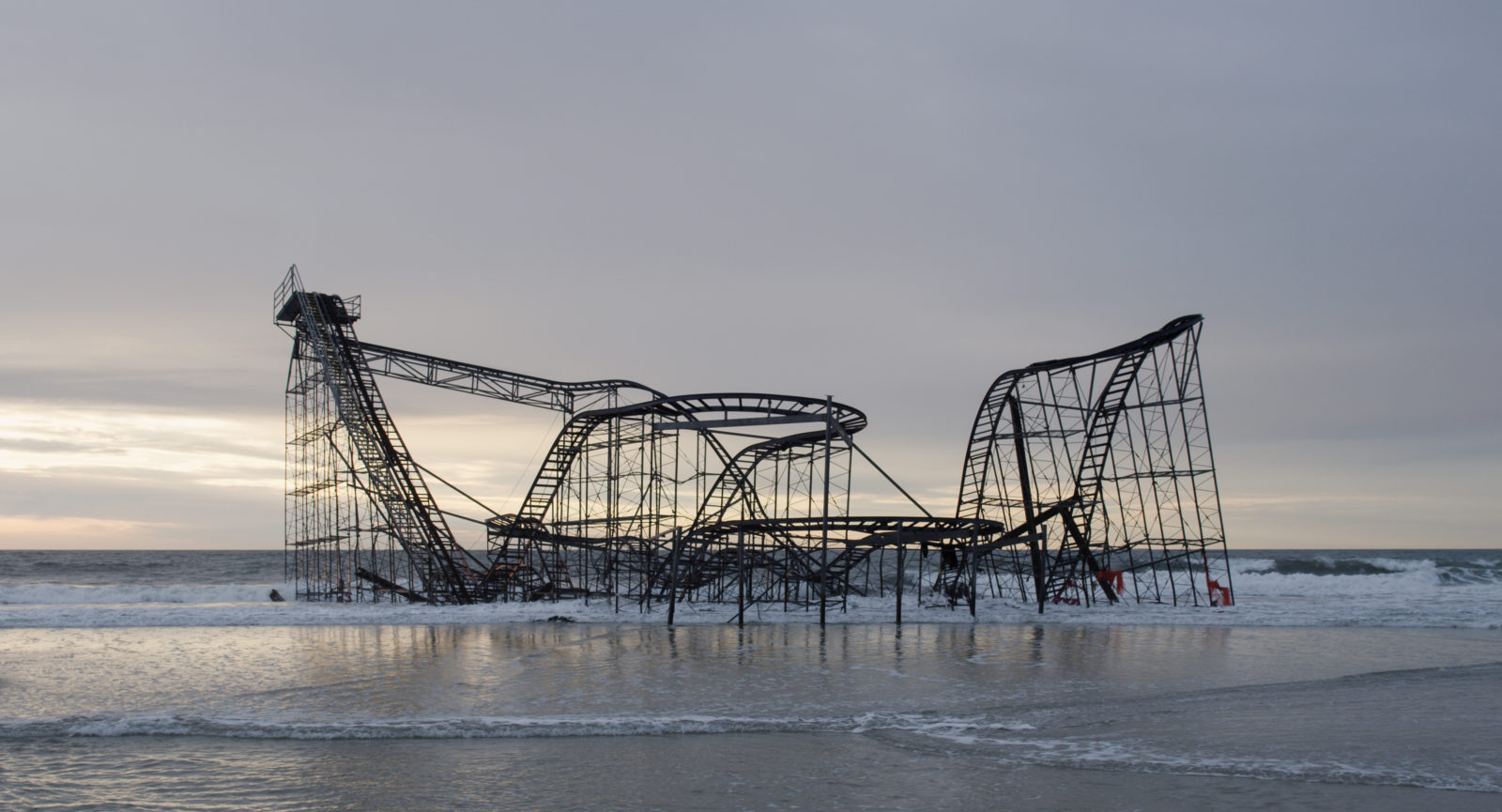 A festival of sonic embrace

By Niké Mulder, posted on 27 November 2019 in Musical Utopias

Following the success of its first edition, Musical Utopias returns! This year delivers two days of sonic embrace. The festival explores humankind’s relationship to society, the environment, and social and political activism, with 2019’s edition focusing on self-reflection and inner clarity that drives a sharper broader perception. Musical Utopias is an invitation to share in this hopeful journey into the unknown, a journey that looks optimistically to the future.

A light, visible space and a lucid visceral darkness

Midori Takada
Legendary Japanese composer and percussionist Midori Takada premieres a new performance exploring silence and visible sounds, [ THE 13th BELL ]. The performance sees her install a collection of bells and a synchronised lighting system inside the Korzo, alongside marimba, keyboard, percussion and spoken word, to create a wondrous and hypnotic music and light show.

Takada’s deep quests into traditional Asian and African percussive language are captured on a series of now highly sought after albums including her masterpiece Through The Looking Glass (1981/RCA) and her collaboration with Masahiko Satoh Lunar Cruise (1990/Epic-Sony).
Her work has a crystalline quality that distills rhythms from around the world into minimalist instrumental dreamscapes.

Ivan Vukosavljević
Ivan Vukosavljević’s brand new work arms Ensemble Klang with an array of deconstructed electric guitars, the ensemble reborn as tabletop guitarists. The Burning is a sonically immersive and intense 45 minutes that moves between the transformed guitars and Klang’s regular instruments. The symbolism of the burning is multiple but singular, both destructive and transformative, it is both a metaphor for continuation and an ending. It is the echo of the burning past and burning of the past.

The Burning was commisioned by Gaudeamus and Ensemble Klang.

Equal parts doom prophecy, howl of remorse, and stoic resignation, Oscar Bettison’s Presence of Absence is a penetrating work for voice and ensemble. His intense and colourful sounds are brought to reflect on Western Civilisation as builder and destroyer of cities. Weaving together contemporary and ancient texts to evoke the culture’s ruins, the work observes civilisation through the gauze of what remains and sees how yesterday’s lessons are both eerily ignored and devastatingly excised.

Bettison’s music is performed together with the film Homo Sapiens by the award-winning documentarist Nikolaus Geyrhalter. Homo Sapiens is a film about the finiteness and fragility of human existence and the end of the industrial age, and what it means to be a human being. It is an ode to humanity as seen from a possible future scenario.

Marking the winter solstice Musical Utopias brings an evening of music to take us into the deepest and longest night of the year. This darkest of shrouds brings werewolves, nocturnal monsters, and the onset of winter, but also the birth of a new rising sun. The programme takes in works unearthing inner demons, poetic reflections on the moon, and ends with eternal, ritualistic, dance riffs that carry us into the tender embrace of the long dark night.

Ensemble Klang perform songs and instrumental works to usher in the evening. Among others, together with Michaela Riener, they give the world premiere of Maarten Altena’s Full Moon, a brand new set of songs on poems by William Carlos Williams.

The PolyBand takes us deep into the Longest Night with a music that feels simultaneously timeless while also expressing the urgency and uniqueness of the here and now. The mighty PolyBand consist of a vast pool of musicians and dancers. Dealing with repetition and long-duration, they create ritualistic grooves from complex, multi-layered rhythms. The variable line-up affords each performer specific freedoms. This strives towards a true social music where every member is equal, defying ego and individualism. 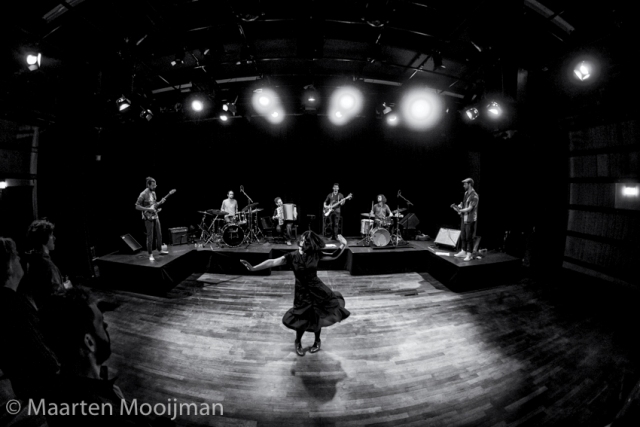 The artistic brains behind The Hague’s Modern Body Festival, Stelios Manousakis and Stephanie Pan, present a selection of sound installations that will run throughout the festival, enfolding visitors in augmented sonic perceptions. The exhibition gives true meaning to our theme sonic embrace and we’re beyond proud to have this exhibition as a part of our festival.
Read all about this exhibition here! 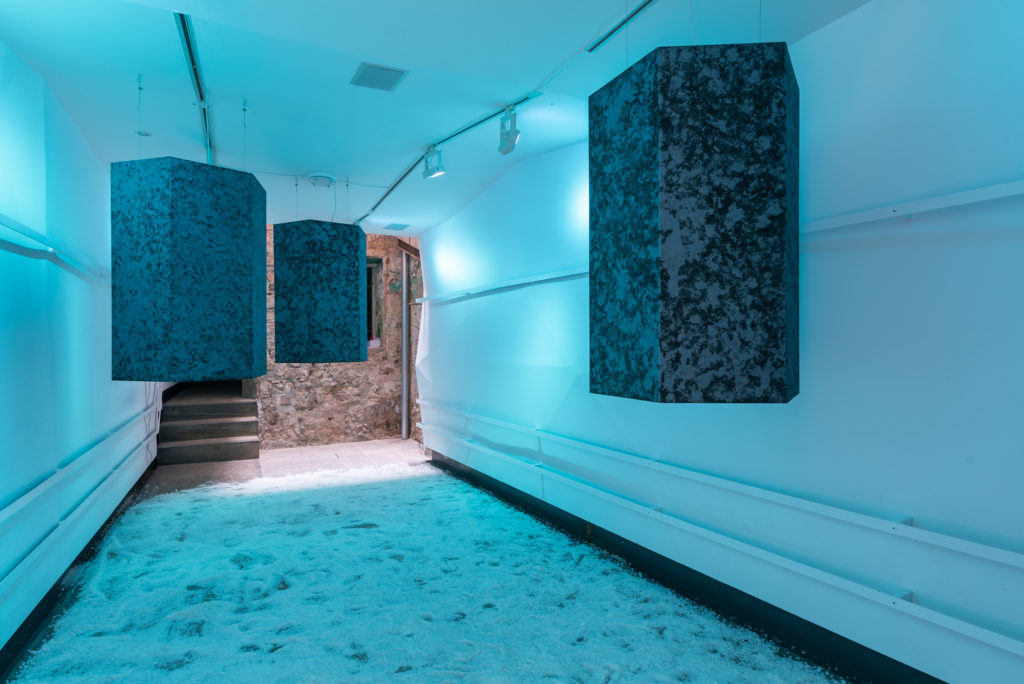 Buy your tickets online to get the best price. Korzo charges an extra €2,- if tickets are bought at the box office less than 2 hours prior to the event.