The single melody line Thoreau Day (for Kadri Gopalnath) (2019) serves as an interlude between the two large works Elegies at the Border and Litanies of Trees that dominate Keir Neuringer’s album of works on Ensemble Klang Records. Sourced from the same 2012 melodic diary as much of the Elegies material, it is named as a gesture of respect for two inspirational figures, one the early anarchist and naturalist, and the other the revered master of Carnatic saxophone.

Keir Neuringer is a saxophonist, composer, and writer whose work is underpinned by interdisciplinary approaches and socio-political contextualizations. He is best known for a personal and intensely physical saxophone technique, revealed through long form solo improvisations, and is a founding member of the critically-acclaimed group Irreversible Entanglements. He co-leads the improvisation trio Dromedaries, has a decades-spanning duo with bassist Rafal Mazur, and collaborations with turntablist Matt Wright and pianist Simone Weissenfels, among others. He has traveled extensively to present his work, appeared on numerous festival stages, and given workshops throughout Europe and North America. In addition to the saxophone, he performs on electric and electronic keyboard instruments, narrates text (most notably with Dutch new music group Ensemble Klang), and composes largely outside of conventional new music scenes. He trained as a composer and saxophonist in the US, spent two years on a Fulbright research grant in Krakow, and then moved to The Hague, where he lived for eight years, curating performative audiovisual art and earning a masters degree from the experimental ArtScience Institute. He lives in upstate New York.

“…with Neuringer’s music…mortal purpose is a given.”
(Bill Meyer, Wire Magazine) 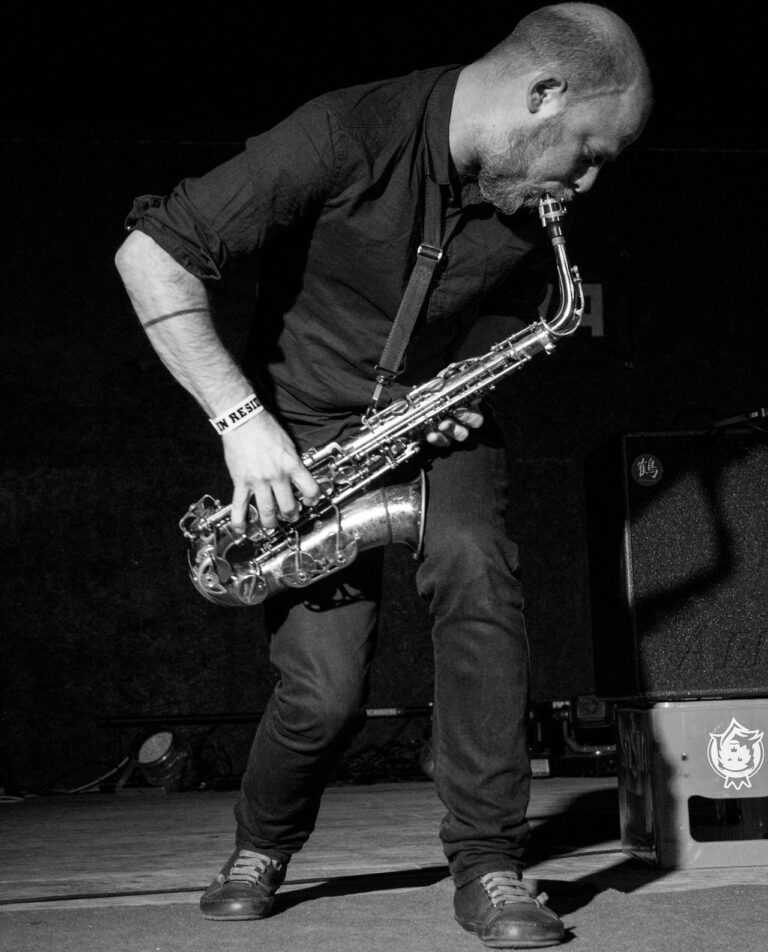