Bettison: “The story behind The Presence of Absence starts when I discovered, as a fourteen-year-old, the Anglo-Saxon poem “The Ruin”. I was struck, even then, by its matter-of–fact tone in describing the decaying edifices of the Roman Empire, as well as the fact that the text itself, due to a fire some centuries ago, is itself fragmentary – in other words a ruin. In the many intervening years, I thought from time-to-time about setting this poem, but I could not find a context for it. Finally, when talking through a potential project with Ensemble Klang, almost a decade after our large-scale piece O Death, I realised that a piece for voice(s) and an extended version of Ensemble Klang might be the perfect situation in which I could set this text. The Presence of Absence, in this form, is a concert work for soprano and ten players. This version is a kind of ‘concert suite’ from a larger, yet to be written, dramatic piece which deals with the subject of the weight of things unseen, not present, not heard. In this version, I have written four additional texts, two either side of “The Ruin” which serve to broaden out that poem’s subject matter to touch on these themes of absence. These parts (I don’t think of them as movements, and each runs into each other, so the piece is one continuous span) are entitled:

I have set “The Ruin” in the original Anglo-Saxon. There is something in the nature of the original language which, in this case, I think cannot be divorced from its subject matter. The Presence of Absence is scored for Mezzo-Soprano, two saxophones, trombone, percussion, piano, two violins, viola and cello and lasts a little over fifty minutes.”

Described as possessing “an unconventional lyricism and a menacing beauty” and a “unique voice”, British/American composer Oscar Bettison’s music has been commissioned and performed by leading ensembles and soloists around the world. His work demonstrates a willingness to work within and outside the confines of concert music. He likes to work with what he calls ‘Cinderella instruments’, either by making percussion instruments or by re-imagining other instruments as well as writing for instruments more common in rock music and the inclusion of electro-acoustic elements. More recent pieces have been concerned with bringing these strands together. His music as been featured and reviewed in the LA Times, the New York Times, the British, Dutch and Italian press as well as having been played on radio throughout the US, Australia, Britain, The Netherlands and Brazil and on British and Dutch Television. His latest work has been described as “pulsating with an irrepressible energy and vitality, as well as brilliant craftsmanship.”

Born in the UK, he studied with Simon Bainbridge at the Royal College of Music (London), with Louis Andriessen and Martijn Padding at the Royal Conservatorium of The Hague (The Netherlands) and at Princeton University where he completed his PhD with Steve Mackey as his advisor. He has served on the composition faculty of the Peabody Institute of the Johns Hopkins University since 2009. 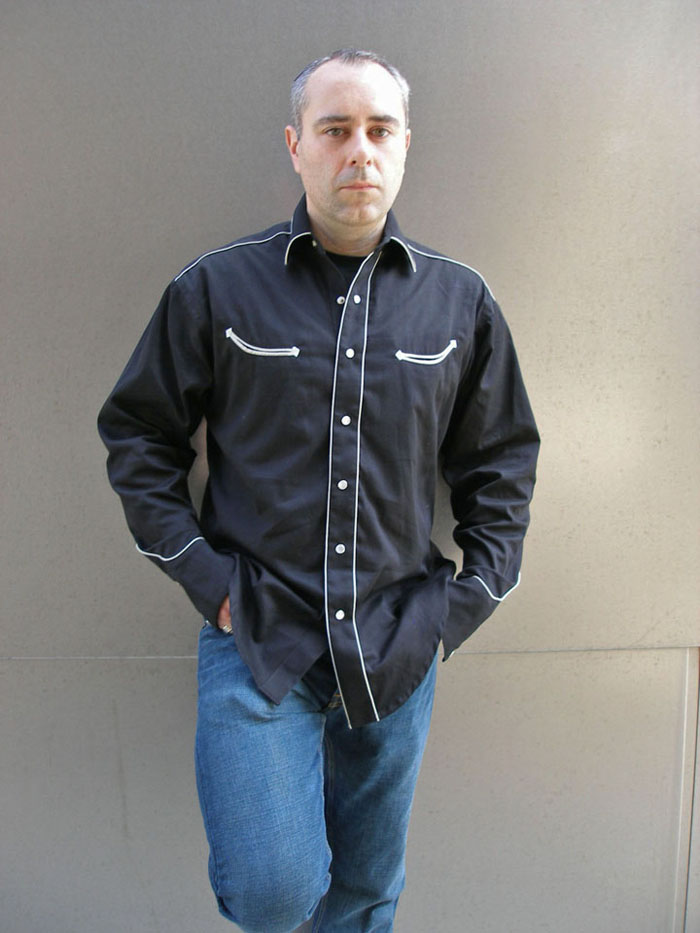